The director of Words for the Journey Christian Writers Guild, Denise Miller Holmes the Witty Wise Woman, is speaking Monday night, May 11th, at His Writers in Westminster, Colorado. She’s going to wow the crowd with her topic– “Unleash the Power of Your Fiction with Story Beats.”

Oh my cow! Get a caravan together and drive to see it! It’s going to be AWESOME!

Hope to see you! (See address and time below.)

“It's not like I have a choice. Comedy is my only life skill.” ~Tim Hawkins

Tim Hawkins is a Christian comedian who, at the end of his show, throws out Depends adult diapers to the audience. This act is illogical because the audience needs the Depends at the beginning. Remember to always bring a change of underwear to a Tim Hawkins show. 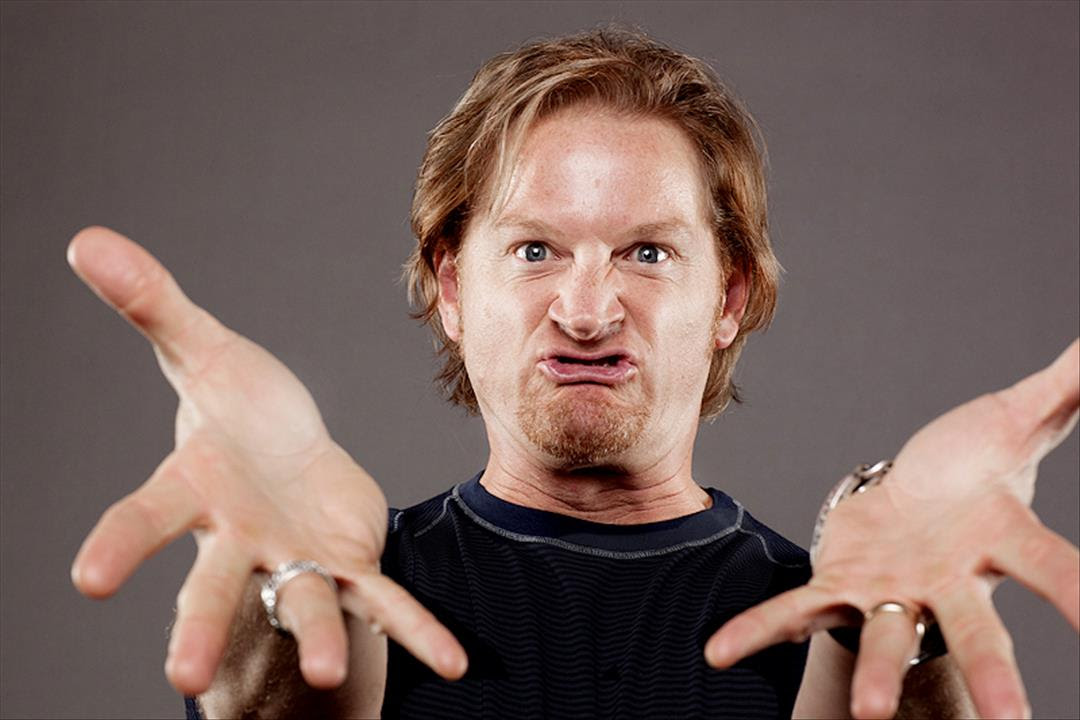 He does a combo of stand-up and singing funny songs, which are often parodies of popular radio tunes such as Carrie Underwood's "Jesus Take The Wheel," "The Candy Man,"  and Kansas' "Dust in the Wind,"  which I shared with you in "April is National Humor Month." His parody of the Beetles' "Yesterday" is below.

Hawkins is pretty open about why he is funny. "I could always make people around me laugh. It was more like a defense mechanism than anything else because I was a pretty shy guy."

He's released five CDs and six DVDs since 2002, the year he quit trucking. In fact, he quit his job, released a series of comedy videos on YouTube, and became famous fast.  Smart marketer!

When he's not touring (he has a heavy touring schedule), Tim is home with his wife and four children. I wonder if he talks to his older brother Todd when he's home because his brother is his stage manager and Tim might be sick of him. Just conjecturing.

Here he is with his loin disease. I needed those Depends for this one.

And here is my favorite Tim Hawkins' parody...the Beetles' "Yesterday."

Tim has his own website TimHawkins.Net;  a Wikipedia Page;  and here are some DVDs of his stand-up; and his book is Awesome on the Inside.

Posted by Denise Miller Holmes at 8:01 PM No comments:

"People always ask me, 'Were you funny as a child?' Well, no, I was an accountant." ~Ellen DeGeneres, host of The Ellen DeGeneres Show.

Ellen DeGeneres is a stand-up comedian and the host of The Ellen DeGeneres Show. She also acts, writes (three books), and she produces. I'm thinking dancing should be in her credits too, because she dances so much on her show.

Personally, I think she's an underachiever. 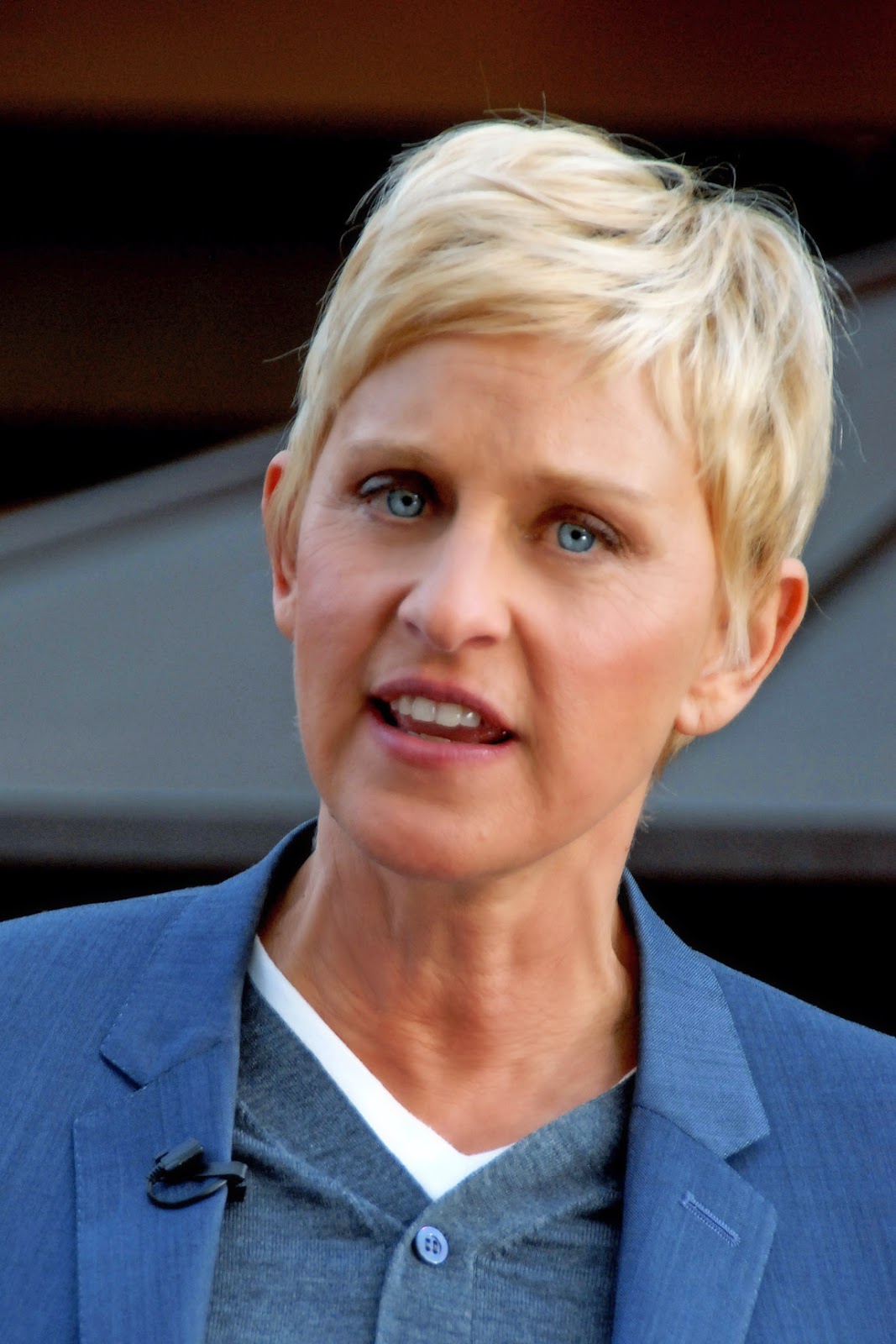 "Ellen DeGeneres 2011" by Toglenn -
Own work. Licensed under GFDL
via Wikimedia Commons

Here are two clips. The first one is called "I Love Jesus but I Drink a Little," and it shows Ellen's gift for talking with strangers on her show.

She has her own Wikipedia Page; and here are some books by and about her on Amazon; and some DVDs.

“Laughter breaks down walls. It disarms people. It allows extraordinary truth to be communicated in unexpected ways.” ~Anita Renfroe

A regular commentator on Good Morning America, a Women of Faith speaker, and an all-round great gal, Anita Renfroe is an American Christian comedian.

She performs stand up, writes and sings parody (see All the Wrinkled Ladies, below), and also writes books. When she's not doing that, she's home taking care of three children and her hubby, who is a Baptist minister. 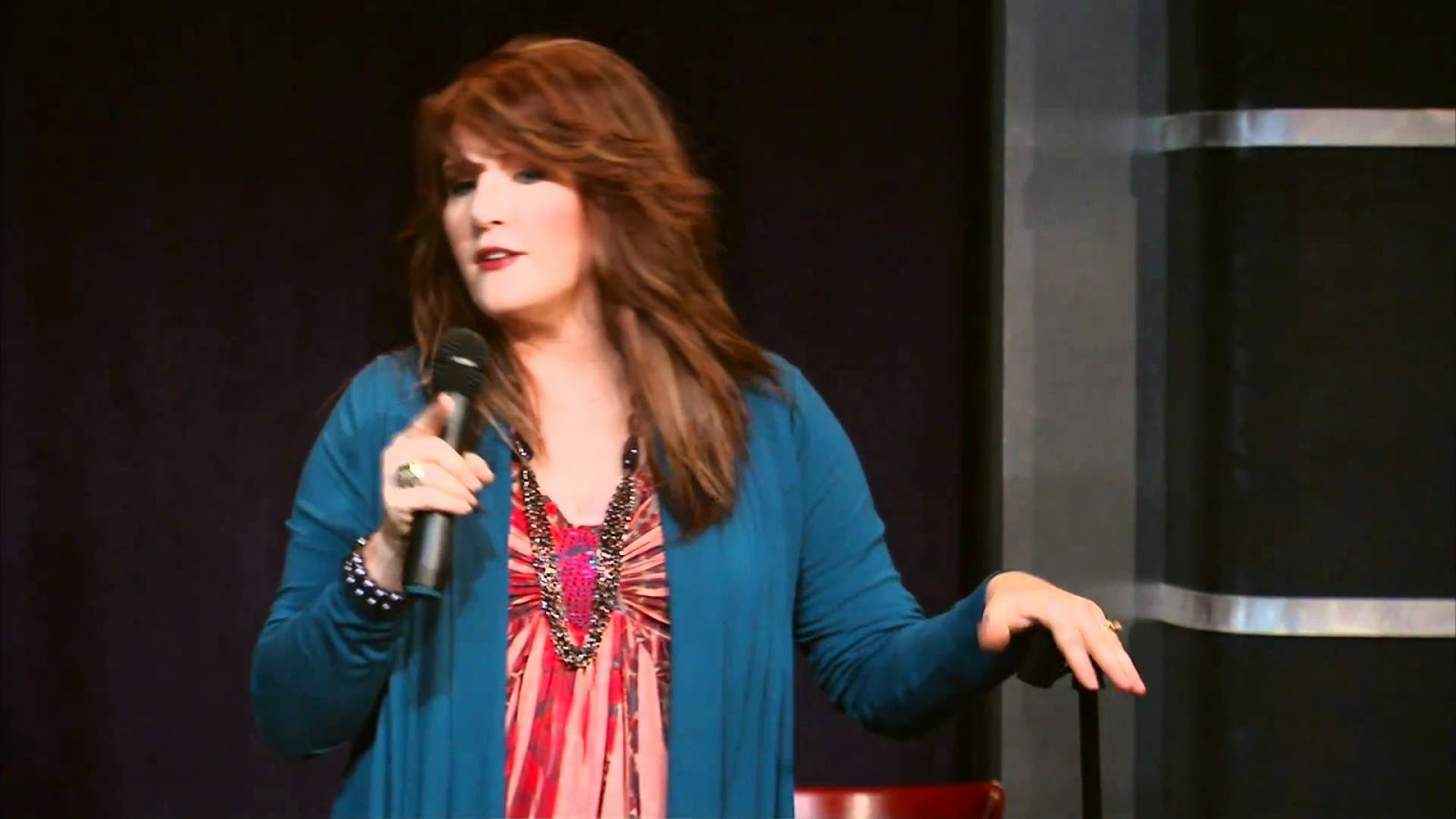 People went crazy after she posted The Mom Song on YouTube, which she wrote and performed, and that's when her career skyrocketed.

According to Christian Books website, "Anita Renfroe has the spiritual gift of saying what most women think but are afraid to say out loud."

I've seen her perform, and she does have a gift for mixing spiritual truth with comedy. She not only made me LOL, but she touched my heart, which is why she is on my list of favorite comedians.

Here she is with her parody of Beyoncé's "All the Single Ladies."

Posted by Denise Miller Holmes at 4:50 AM No comments:

"Housework won't kill you, but why take a chance?" ~Phyllis Diller

Phyllis Diller was born in 1917 and, God bless her, died at the age of 95 in 2012. She passed at her Brentwood home with her family surrounding her. They told reporters she died with a smile on her face.

Phyllis was considered a  pioneer because she was a unique female entertainer and was part of a group of comedians called New Wave comics. The New Wave comedians became famous after WWII and were unconnected to vaudeville. 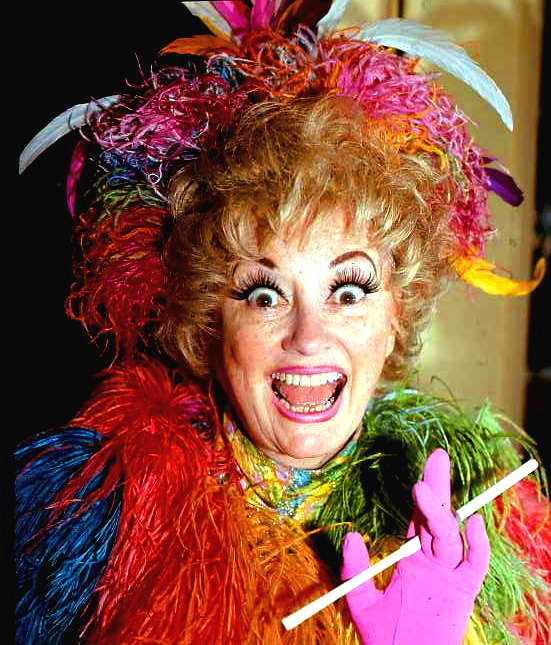 Phyllis, who was a housewife for many years, designed her stand up routines around housewifery. Although she'd done work in entertainment for a few years before she devised her act, she didn't perform stand up until 1955.

She had six children from her first marriage to Sherwood Diller, which may be what gave her the wild hair she was famous for. She says her fictitious husband, Fang, present in all her routines, was not inspired by either of her husbands.

It's a good thing, because Fang was sloooow in the brain.

She credited her success to three things: Bob Hope discovering her (she made three films with him, including Sorry, Wrong Number) the metaphysical book The Magic of Believing (Phyllis did not believe in God or an afterlife), and very hard work and persistence.

Diller was known for her self-deprecating jokes, unusual laugh, and her plastic surgery. She was unashamed and outspoken about her delight in plastic surgery!

You'll get to experience two of these things and hear her talk about one in this Jenny Jone's interview from 1991. Enjoy!


And here's a BONUS video of Bob Hope on a USO tour that included Phyllis, something she did with him often. She comes in at counter 41:53. So funny!

Phyllis has a Wiki Page, and here are books about and by her on Amazon, including her autobiography Like a Lampshade in a Whorehouse (I can't help it, that's the title!) and The Magic of Believing by Claude M. Bristol.

Posted by Denise Miller Holmes at 5:03 PM No comments:

Denise Miller Holmes
I am an Author and Speaker, known as The Witty Wise Woman, who entertains and informs my audience with humor. I love SciFi and Mystery. The School of Journalism at University of Southern California, that bastion of all things heady, spit me out in 1980 (apparently, I was lukewarm). In 1991, I conquered my Masters Degree in Counseling Psychology. I am Director of Words for the Journey Christian Writers Guild and, on RedHotRead.com, I write informative articles on Christian thought. My readers often call me “quirky.”